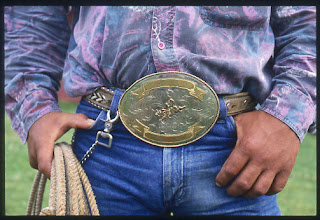 A few of you might remember that a couple of months ago, I mentioned a truly fabulous new project by Sinclair Sexsmith. That something, which had been unnamed at that point, but is now called ButchLab, has posted its Symposium's call for submissions #2: Butch Stereotypes, Cliches, and Misconceptions . As with the previous call, I feel compelled to participate.

Butch Women Don't Wear Pink (and other fallacies)
We, as human animals, feel compelled to categorize ourselves. It gives us a sense of community (I'm an X, just like those people over there are.) It gives us a sense of solidarity, and of comfort, to belong to a group. The problem is that as soon as we create criteria which allow us to belong to a group, we create assumptions about that group.
A person can self-define as butch for many reasons, but somewhere in there is the feeling that on this grand spectrum of gender continuity, they find they fit best toward the masculine side of centre. There it is: Masculine, of or pertaining to men. Walk down a supermarket aisle and you'll see cover after cover of women's magazines screaming “All Men LOVE X...If you want to keep your man, don't do X, Y, or Z...etc.”
Society and media tells us day in and day out that if you belong to a group, then you must have all the characteristics associated with that group. Yes, we say, that's racist, or sexist, or ableist...but ya know, it's also true. But, see, here's the deal. It's not. There is NOTHING in any commonly held idea about a particular racial, gender, or ability group that is absolutely true for all members. That's why they call it discrimination, and not scientific categorization. And even the people who agree that sexism, or racism is bad seem to make a glaring exception for categories with which people must choose to self-identify. Well, if they think that all this stuff is true about themselves, then why can't I think it?
The reason you can't think that is simple: you don't know what they're thinking about themselves. My experience with masculinity is different than yours, and therefore the part of my identity that I think of as “masculine” will not completely match yours. Period. For example, when I was growing up, it was my father who did the cooking in the house. All the cooking. To this day, I consider cooking a masculine trait, despite the fact that I'm clearly in the minority for thinking so. This is both a large and rather trivial example, but it will do to stand in for the thousands and thousands of small idiosyncrasies in each of our conceptions of what constitutes “masculine” and “feminine.”
It's actually a fairly simple thing to avoid, too, though it takes a conscious effort. DON'T ASSUME. It's just that easy. Just because K is butch doesn't mean that she will bristle or bite your head off if you open the car door for her. The fact that she doesn't like acts of chivalry directed toward her means that she might just bristle or bite your head off if you open the car door for her. G loves pink. Doesn't mean she isn't butch. That hot pink cowboy shirt she had on yesterday was WAY masculine, and super hawt, too! The only cure to making assumptions about people is not admit to yourself that you don't know what they like ,what they don't like, or how they'll act in a specific situation based on any group that they belong to.(Heck, how else do you explain the existence of log cabin republicans?) You only know these things about them once you get to know them personally, as people, and not as gender identities.
----------

You can read my thoughts on the prompt for Symposium #1 here
And that's not all! Many, many other fabulous responses to the same prompt can be found here!
Posted by Madeline Elayne at 5:52 AM 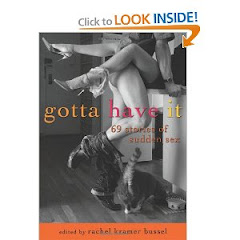 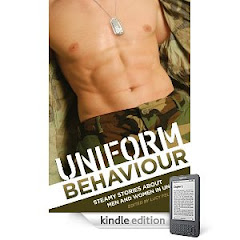 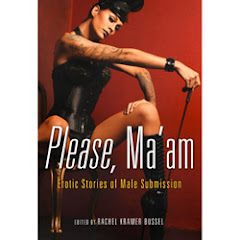